What was your favourite toy growing up? More importantly, what is your favourite toy now? While most we grow out of most types of figures and games, there’s something about LEGO that rocks as much as an adult as it did when you were a kid. Here are seven reasons why LEGO is completely awesome. 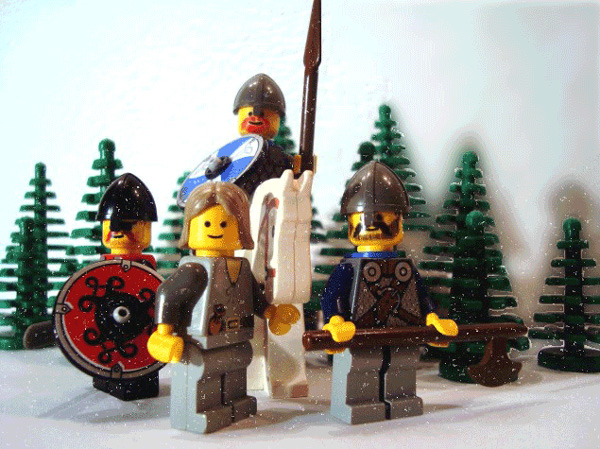 1.  The logo. The LEGO logo is awesome. It’s colourful. Bold. It promises fun straight away. It’s got that nostalgic brand appeal that seems to endure right into your adult years, like Heinz, Coca-Cola or McDonald’s. It promises simple fun with friends.

Even now, when I’m walking down a high street and see that red square with the bubble-style font it makes me smile, and brings out the kid in me. But as we’ll see, LEGO isn’t just for kids…

2.  It’s for grown-up geeks as well as children. While the core audience for LEGO will always be kids, big kids love the toys just as much. While new-ish lines like Chima and Ninjago are more a children’s thing, surely the Star Wars, Super Heroes and Lord of the Rings lines have been brought in with one eye on the adult market? To see the adult fascination with LEGO, look no further than The Big Bang Theory’s Sheldon showing his passion for building a LEGO Death Star.

LEGO represents the fundamentals of popular video games, too. Recently a lot of geeks have been playing Minecraft to get their sandbox world-building fix. And rightly so, because Minecraft is amazing. But LEGO has that simple pleasure of physically building things. It’s tangible. Sort of like a real-life Minecraft.

3.  There’s a whole theme park dedicated to it. You know you’ve made it when you can build an entire theme park dedicated to the thing you do. LEGOLAND in Windsor is a kid’s toy Mecca; you can play with all manner of imaginative building block creations, and there are areas specifically based around Pirates, Vikings, Pharaohs and Knights. Although I’ve been to the LEGO flagship store in Copenhagen, I’ve never been to the theme Park. But I will. One day.

Of course there are lots of things you could do in the UK this summer, but a visit to the Windsor site must rank pretty high. Here’s how to check out trains to LEGOLAND in Windsor.

4.  It’s really reactive to pop culture. The modern brilliance of the LEGO brand is that it’s so on top of pop culture. Whenever something relevant is happening – like the Olympics – LEGO is on-hand to recreate scenes using stop-motion. During the Games last year we had swimming races, gymnastics and Usain Bolt’s 100m win all ‘reenacted’ with the famous blocks.

Best of all, LEGO has started putting out mini-films and remakes of classic movies scenes – such as the one above of Casino Royale. I think the appeal of this is seeing ‘adult’ themes and drama acted out with children’s toys. Plus there’s the joy of seeing the simple special effects; the practical magic that makes feel like you could reach out and touch everything in the scene.

5.  It’s educational. Think LEGO is all about fun? Guess again. All that time we were fiddling around with colourful bricks, we were actually learning. We were developing our creative talents and problem-solving skills. We were learning to work with others. LEGO is also great because in a world of multi-media distractions, it’s an activity that kids can use to train themselves into unitasking – learning to concentrate on one project, and focus.

LEGO has taken this concept to the max, building its own school in Denmark. Although, sadly, it’s not made of LEGO. The International School of Billund will be based on developing children’s enquiring minds, and will basically be the most incredible experience ever. What’s next? LEGO University? Best. Uni. Ever. 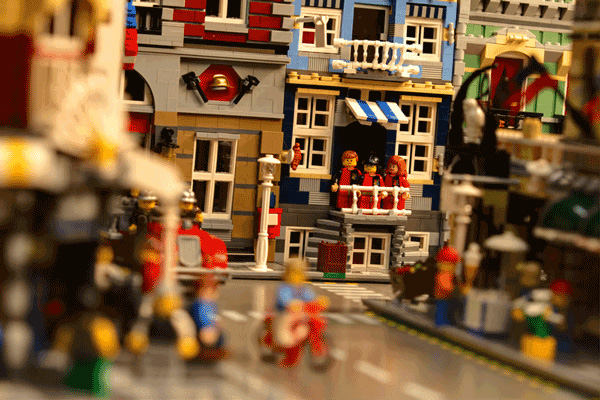 6.  There’s always something new coming out. Unlike some toy manufacturers, LEGO isn’t prepared to rest on its laurels and cruise along churning out the same stuff year after year. They’re constantly bringing out new figures, sets and product lines. This can occasionally backfire, though; a recent study suggested that LEGO faces have been getting progressively angrier over the last 20 years!

A good example of an ongoing LEGO line that you can dip in and out of is the Minifigures Collection. Each series has about 16 different figures, and they’re wildly different – you can end up with anything from a DJ, ice skater, futuristic spaceman or mythological warrior.

In fact, considering everything I’ve said, I guess I should be saying that LEGO’s better than ever! It’s great because it’s a different toy to different people. It’s literally what you make of it. And it’s a toy where the only the only limit – apart from bricks – is your imagination.

About the author: Andrew Tipp is a writer, blogger and editor. He works in digital publishing, and often writes about pop culture, web trends and cool technology. Andy has been a life-long LEGO fan, and is also interested in films, graphic novels, bacon, miso soup and zombies.