Guest Post: 7 Reasons Why Almost Everyone Should Keep Chickens 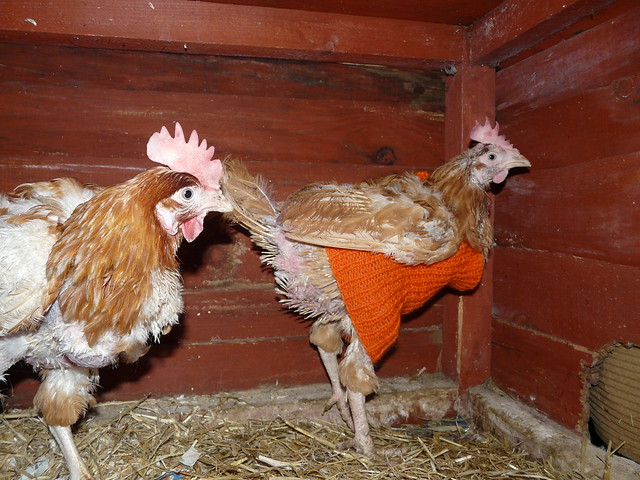 Dads are an interesting bunch. They’re either absent; or they’re present in body but absent in any meaningful way (such as when you want a lift to a dodgy club no parent worthy of the title would ever take their 17-year-old, much less drop off a block away so the teenager in question wouldn’t have to be seen with their totally embarrassing dad); or they care deeply about the fortunate position they’re in and want to bestow upon their children gems of wisdom. Gems like, “You could feed the world on chickens and zucchini. If everyone just kept chickens and grew zucchini, world hunger would cease.”

In honour of Father’s Day – and now that I am 36 years old and living 4,000 miles away from my bonkers old man – I can concede that fathers sometimes do know best. At least when it comes to solving life’s little problems, like world hunger. So as a tribute to my dad, here are 7 reasons why almost everyone should keep chickens.

1.  Chickens + zucchini = starvation solved! In a nutshell, the theory is this: chickens are inexpensive, easy to keep and don’t take up much space. They produce eggs, which you can eat, and if you can tolerate a noisy cockerel, they’ll also keep producing chickens, which you also can eat. Zucchini, otherwise known as courgette, operates in much the same way. Cheap, self-sufficient, produces loads. Mind you, no one actually likes to eat zucchini, but shred it in with some eggs (and other stuff) and you can make the world’s greatest cake. Fact.

2.  Got weeds? Hate cutting the grass? Get chickens and they’ll do all the work for you. What’s more, they’ll actually enjoy doing it for you. Let’s not kid ourselves that chickens are anything like pets, because they’re not. They’re skittish instead of cuddly, they sometimes get mites (which are gross) and they’re incredibly stupid. So stupid, in fact, that their world revolves around scratching up worms and picking at weeds. Chickens are like vacuum cleaners for the garden, except that they…

3.  …poo everywhere. This is one aspect that chicken enthusiasts will always gloss over. Yes it’s lovely to see a smattering of colourful hens blissfully pecking about in your garden, but the price you pay is in poo. On the upside, the stinky stuff is so rich in nutrients that it will keep your zucchini plants growing fat and happy without any weird chemical frankenfertilisers.

4.  I’ve yet to meet a kid who willingly eats the crusts of bread, but do you know who will? That’s right. As well as being squawking, pooing, mite-infested simpletons, chickens have another thing going for them: they will eat anything your kids won’t, including eggs and eggshells. But not actual chicken-meat byproducts, which would just be gross and cruel, even if they’d be too dumb to know the difference.

5.  Also, kiddies love chickens. Collecting eggs is like finding a little present every day. Feeding chickens gives children a sense of responsibility and compassion, or at least it keeps them out of your hair for five minutes. Better yet, let your kids have some fluffy chicks. Just don’t tell them they’ll probably get eaten someday (the chickens, not the kids.)

6.  Everybody loves eggs. Therefore your popularity will be guaranteed every time you nonchalantly offer a free half-dozen to your mates. No one has to know it’s because the thought of one more omelette is enough to send you rushing for the laxatives.

7.  Chickens in knitwear. This phenomenon is beyond my powers of sarcasm, you just have to appreciate it for yourselves.