It was all going quite well during the men’s final at Wimbledon yesterday.  And then, after the presentations, while I was writing today’s 7 Reasons piece, Clare Balding suddenly – and without any prior warning – said, “…and he’s posing now in various different ways with the trophy.  How many things can you do with the Wimbledon trophy?”  Thanks Clare.

2.  You can utilise it as occasional seating. 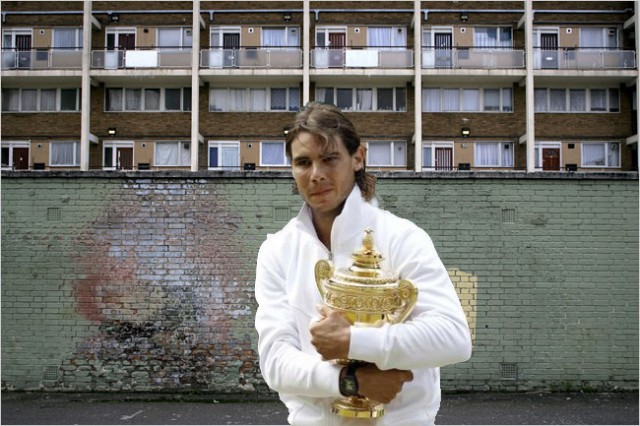 7.  You (well, he) can come back and win it again next year, and the next year, and the next year…because Rafael Nadal can win it as many times as he wants to.  He is one of the single most impressive athletes I’ve seen.  Never mind the natural talent and effortless grace of the pompous Federer; never mind whatever it is that Murray’s supposed to bring to the game; never mind confining yourself to the sport of tennis, even.  Nadal is awesome.  A brilliant, and entirely self-made competitor, at the top of his game – in large part – due to effort, application and dedication.  I can’t think of a more formidable athlete in all of sport.

Oh, and thanks Clare, I had plans last night, damn it.