Home » Guest Posts » Guest(ish) Post: 7 Reasons We Should Be Kept Well Away From Photoshop

Guest(ish) Post: 7 Reasons We Should Be Kept Well Away From Photoshop

Today’s guest(ish) post comes to you courtesy of Marc Fearns, who can usually be found doing stuff here, and the amazing Ceci Masters of Swanning About fame; a blog so good that it’s in The Times’ list of the top 50 cricket blogs, along with the blog of another friend of 7 Reasons, Sarah Ansell, and forty-eight other blogs that we’re less interested in.

This guest(ish) post is a little unusual.  It tells the tale of last Friday evening when, shamefully, Ceci and I were both at our homes, with our Photoshop software open. 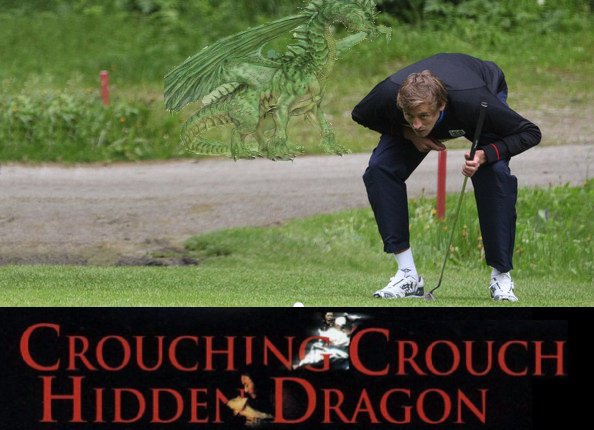 2.  Hiding Crouch Tiger-Dragon. And Twitter is where I saw it, while I was in the middle of photoshopping something else  (a cat in a submarine, I think).  Anyway, I was struck by the wordplay potential so within five minutes, this was winging its way to Ceci. 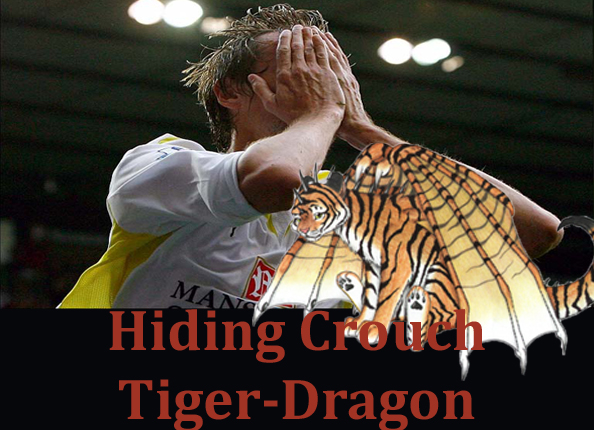 3.  Crouch’s Tiger Hiddink’s Dragon. Then, about five minutes after the previous picture, Ceci put this one up.  There was only one way that this was going to go.

4.  Grouchy Tiger Smitten Crouch. We had become embroiled in a duel.  A frenzied maelstrom of a contest in which PCs were pistols and Crouch crouching crouchy tigery tiger tiger-dragons were our ammunition.  In short, we had lost the plot.  I made this one.  But girls are sensible, and you can always rely on them to stop the madness, can’t you?

5.  Hiding Tiger Crouch With Drag On. No, it turns out that you can’t.  You can rely on them to take the madness and add big hair and sequins to it. 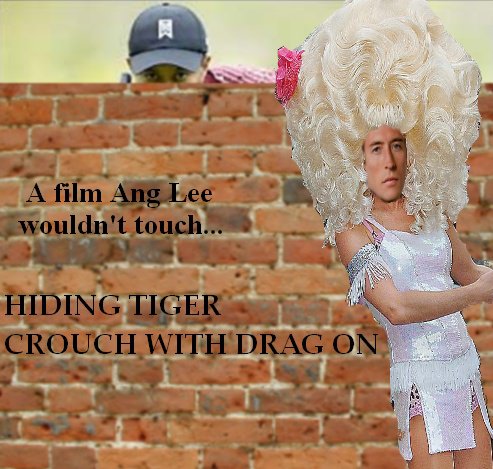 6.  Crouch In Drag On Ridden Tiger. Now, Ceci’s previous picture was not only brilliant, it was also a bit frustrating, as I’d already got started on this one before I discovered that she’d used drag too.  But now that we’d started coming up with the same ideas we agreed that it was time to call a halt to things, and we established a truce. 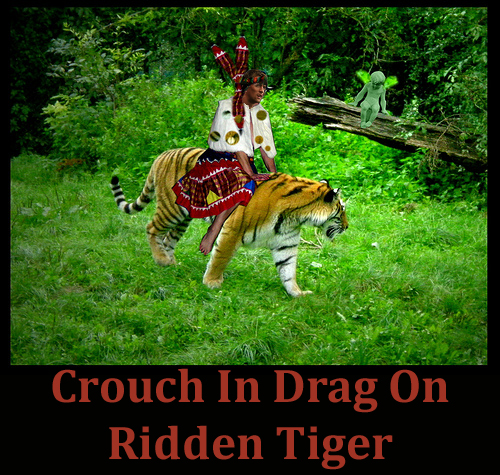 7.  Crouch In Tiger With A Bag On. The truce lasted a full three minutes or so, until I thought of this.

That’s why Ceci and I should be kept well away from Photoshop but, like predatory beasts, we’ll be watching, waiting, ever-ready to pounce during the World Cup.  The moment that Crouch does anything that even remotely resembles the words tiger, dragon or hiding, one of us will strike.  Well, unless his solicitors get in touch which, on balance, seems entirely possible.