7 Reasons That Monkeys Are More Advanced Than Humans 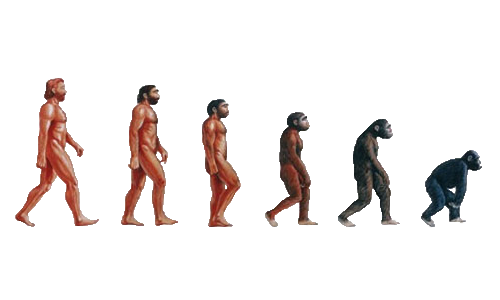 The Ascent Of Monkey

2.  Feet. Monkeys – some of them – have amazing feet, which they use every bit as adroitly and dextrously as they use their hands.  Humans, however, do not.  Human feet are almost unmalleable blocks of flesh and bone that are useful only for standing on and for kicking things.  We can just about pick up a pen with our toes, but that’s it.  Monkeys can hang upside-down from trees using theirs.  I can’t.  I fell on my head when I tried.

3.  Adaptation. The most advanced of animals evolve over time to adapt to their environs.  Monkeys have developed all-over body hair that protects their delicate skin from the effects of the sun and also keeps out the cold.  Humans, however, are less advanced and have to rely on finding or manufacturing artificial coverings to protect themselves with.  There is evidence of some evolution – humans do have a small amount of body hair – but the stupid creatures usually remove it, mostly with primitive and dangerous tools that often cause them injury.  Pillocks.

5.  Environmental Impact. Humans are still trying to decide whether global warming is man-made or naturally-occurring.  The one thing that nobody’s proposing though, is that it is the fault of monkeys, who seem to live in an environmentally sustainable manner.  Monkeys are also not responsible for other environmental catastrophes, such as the Deepwater Horizon oil spill, the Italian dioxin crisis, or the construction of Scarborough.

6.  Geography. Like humans, monkeys work too.  Their labour is primarily concerned with food and shelter.  You don’t see troops of commuting monkeys  though; they are clever enough to realise that life is a lot easier if you live where you work.  People, on the other hand, often travel hundreds of miles to get to their place of work.  They all do it at the same time and then spend their free-time complaining about it, often to me.  They’re idiots.

7.  Other Matters. Monkeys are not responsible for the McFlurry, mobile phones that play music through speakers, Jedward, Hitler, golf, tinsel, dancing, the A bomb, jigsaw puzzles, soap operas, the defection of Adrian Chiles to ITV or the Trojan virus that affected our website last Friday (sorry if you were inconvenienced by that); people are.  Monkeys are clearly more advanced than us.