7 Reasons That Time Zones Are Confusing

The way we measure and calculate time is a wholly abstract construct that is often difficult to grasp.  And then, when we split it into zones – that are also abstract – it becomes very confusing indeed.  Here are seven reasons why. 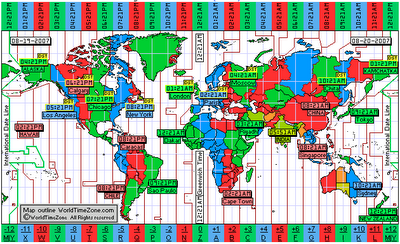 2.  The Moon. The moon has a time zone of its own, Lunar Standard Time.  Today’s date on the moon is 42-12-21.  So if I go to the moon, I’ll probably need a separate moon calendar, and perhaps a moon watch, though I’m not certain about that.  What I do know is that the time (and date) on the moon bear no relation to the time and date on Earth, or even in Paris, where it’s still lunchtime.

4.  The South Pole. The South Pole is on New Zealand time, despite being a long way from it.  This is because most of the things that the polar bases consume are imported from New Zealand.  But in Britain, most of the goods we consume come from China, though we’re not on Chinese time (yet). This is good as their next New Year is in February, and my New Year guests arrive in December, and there’s only so much of me they can take. 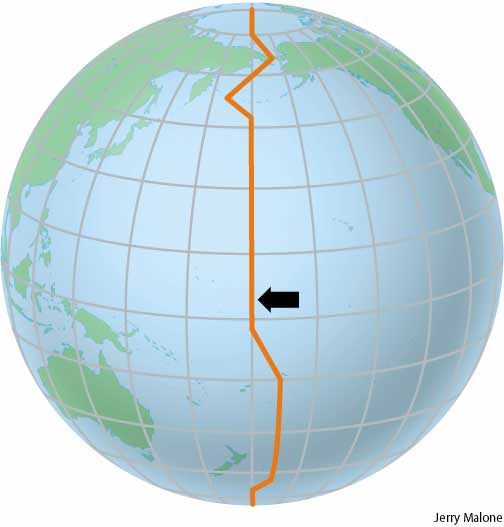 5. The International Date Line. You may have already noticed that it’s not straight.  This means that if you travel sort of North-Eastish, by sea, from New Zealand, the date may change several times on the way.  The date line isn’t a time zone though, so when the date changes, the time doesn’t.  So you know it’s 2pm, because that’s what your watch tells you, but you don’t know if it’s today, yesterday, tomorrow or Thursday – which must make arranging shipboard entertainments damn nigh impossible.  And what if one of the days is your birthday?  If you’ve worked on a sort of North-Eastish-sailing ship from New Zealand for a few years, you could end up having your fifty-ninth birthday at the age of twenty-seven.  And then your presents would be inappropriate.  What twenty-seven year old wants a subscription to the Radio Times and a pair of Totes Toasties for their birthday?

6.  Trains. The Indian Pacific train in Australia has its own time zone.  On its journey between Kalgoorlie and Kalgoorlie the time on the train bears absolutely no relation to the time zone that the train is in.  This is because it crosses several time zones (including a weird one that changes in half hour increments).  I find this confusing, but compared to British trains – which also seem to operate in their own time zone, one that bears no relation to either the time outside the train or the published timetable – it seems quite straightforward.