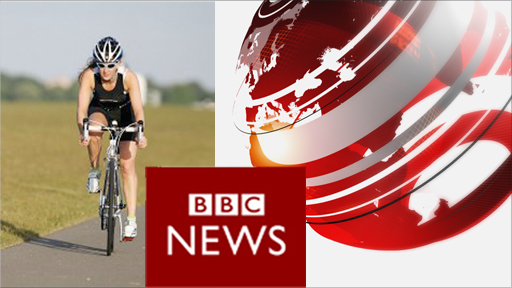 Radio legend and BBC Radio 5Live newsreader, Rachael Hodges, has recently begun presenting the sport on BBC News, the BBC’s 24 hour rolling news television channel.  She’s not sure when she’s on, but it will definitely be today, and tomorrow…probably.  Here are 7 reasons to watch.

1. USP. Rachael Hodges has this rather wonderful quality that means she can take even the most mundane of things and turn them into something rather beautiful. Take Richard Bacon for example. Richard Bacon would not be where he is now if it wasn’t for Rachael Hodges. Just ask anyone who listened to Bacon’s late-night BBC Radio 5Live show last year. We are hoping she has a similar effect on Kevin Pietersen.

2. Anglo-Welsh. You wouldn’t know this from listening to her, but Rachael Hodges is in fact Welsh. There are two reasons she sounds English. One is because her country of birth lost the rugby at the weekend and secondly the majority of her audience is English. As she needs to stay in the job she is more than willing to cater for the masses.

3. Audible. Not every newsreader/sports-presenter can actually read-out-loud properly. They are either stammering or spitting or fainting at the sight of the Russian name coming up in the next paragraph. Rachael Hodges, though, is a pro. She has everything written out phonetically. You won’t even notice.

4. Appearance. Rachael Hodges is pretty. Very pretty. While it might be a shallow reason to watch her, it is a reason none-the-less. And no one is going to convince us it is not the reason you are going to tune in every 15 minutes. Not that the 7 Reasons team will be watching. They value their lives too much.

6. Competition. Rachael Hodges actually competes in sport. She competes in triathlons and is running the London Marathon this year*. Most sports presenters wouldn’t know one end of a hockey racquet from the other and would curl up and die in a wheezing heap if called upon to run for a bus. Assuming they needed a bus to take them to the next pub, of course.

7. Australia. British sports presenters are, on the whole, a dour bunch whose bulletins feature despair, crisis, pessimism and more despair. When our boys go into sporting events they do so with the flames of public fervour already extinguished by the mewling wet-blankets that preview our national sporting events for us. Australian sport presenters, on the other hand, stir up public expectation. “Our blokes are gonna slaughter the Poms” is considered a perfectly acceptable match preview in Australia, where they tend not to get too hung up on detail, analysis or pre-match excuses.   Rachael is going out with an Australian. Perhaps it will rub off.

Picture of Rachael Hodges on the bicycle leg of a triathlon taken at Dorney Lake by SussexSportPhotography.com (Thanks Ant!).