Home » Posts » 7 Reasons That We Should Run Manchester City

7 Reasons That We Should Run Manchester City 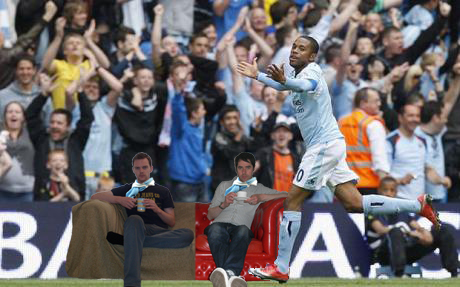 1.  Wisdom.  It is oft said that two heads are better than one.  There are two of us, and we have one head each.  That’s two heads.  Roberto Mancini only has one head.  Okay, so his is full of football knowledge and experience while our heads are full of words and Jennifer Aniston, but the two heads will make us a better manager than Mancini, conventional wisdom says so.  It is also said that many hands make light work.  We have twice as many of those as Mancini, so we should be able to make a substantial saving on the electricity bill too.

2.  Bellamy.  Craig Bellamy is a brilliant footballer and is in the form of his life at the moment.  We’re only too aware, however, that he has, in the past, been an unsettling influence in many of the dressing-rooms that he has been in.  We want Craig Bellamy in our team, but we don’t necessarily want him in our squad.  We will construct a separate dressing-room for Craig Bellamy and hold solo training sessions for him.  This way he can continue to play for us on the pitch, but won’t disrupt our squad.  We did love it when he was annoying Alan Shearer at Newcastle though.  Annoying Alan Shearer should be a sport in its own right.

3.  Bell End.  No, not Craig Bellamy again.  Colin Bell.  When the City of Manchester stadium was taken over by Manchester City, their supporters voted overwhelmingly to name an end of the stadium after their hero Colin Bell.  The club, after much procrastination, overruled this decision and eventually named the West Stand after him instead.  We would reverse their decision and name the North Stand after him, thus creating the Colin Bell End.  The West Stand would become The Hat Stand, The East Stand would become The Last Stand and the South Stand would become The South End, as it’s where Manchester United supporters live.  We would also reconstruct the car park, with a new lower level parking bay spanned by The Wayne Bridge, which will be vastly expensive and a bit wobbly. 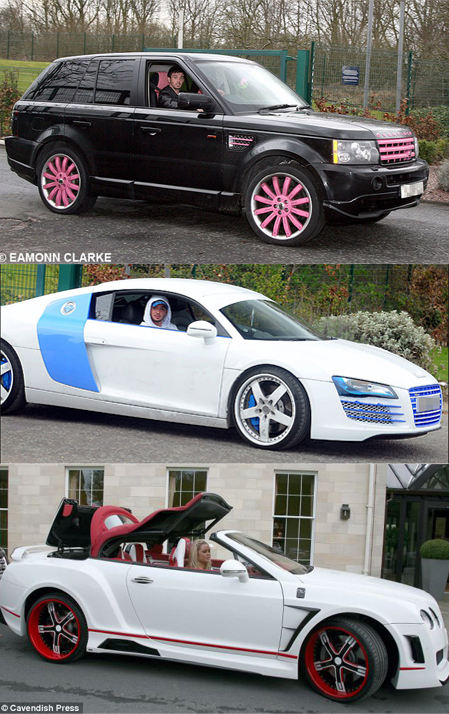 4.  Cars.  We don’t know why Stephen Ireland does this to cars, but enough is enough.  We’re banning him from the car park.  If it were within our power to ban him from the road as well, then we would.  He will be fined a week’s wages if any Manchester City fan ever sees one of his cars anywhere, and we’ll donate that money to the Royal National Institute for the Blind, who can use it to help car-lovers that have poked their own eyes out after witnessing his automotive abominations.

5.  Human Cloning.  Carlos Tevez is brilliant.  He’s clearly one of the best players on the planet.  It’s not so much his skill that makes him amazing to watch, it’s his desire, his energy and his propensity for turning up in every area of the pitch.  We will put in place a human cloning programme to clone Tevez.  The technology’s almost there already so it won’t be too many years before we’re able to field a whole team of Carlos Tevez, from 1-11.  Not only will they be able to outrun and outplay the opposition, they’ll also scare them silly.  What’s more, our Tevez Cloning Facility will be based in England, which will ensure that the national team will be successful for years to come too.  In order to guard all of the silverware that we’re going to win, we’ll manufacture Tevez security guards – possibly with wings and/or hooves – to guard the trophy room.  We will rule the football world and, eventually, we may use an army of them to take over the actual world.  Try not to concern yourself about that though.

6.  Scarves.  At least 50% of the 7 Reasons team already own a sky blue scarf, so there’ll be no need for all of the supporters to go out and buy yet another new scarf in imitation of us.  We will also implement a new rule that nobody may knot their scarf in the same way as the person seated next to them.  That will introduce variety into the stands, because frankly, we were a little freaked out when we watched them play last Tuesday. 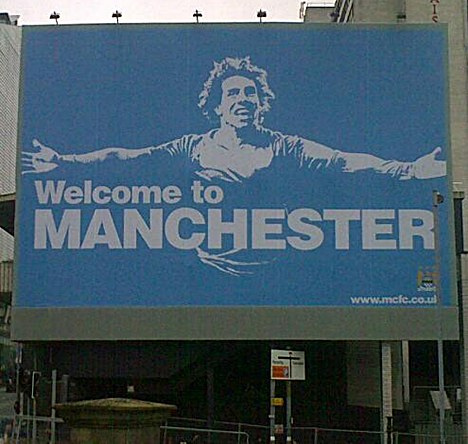 7.  Advertisments.  We can’t top the “Welcome To Manchester” advert.  But we will keep it, and put more of them up, everywhere.  You won’t be able to walk down the street in Manchester without seeing loads of them.  We will also put them up in Manchester, New Hampshire and Manchester, Ohio.  The locals won’t have a clue what they’re about, but we don’t care.  We just want to use Carlos to frighten them a bit.  That’ll teach them to buy our chocolate factories.