7 Reasons Andrew Strauss Should Win Sports Personality of the Year 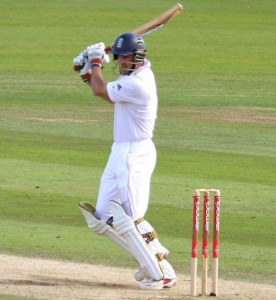 1.  Mess.  At the start of the summer the England cricket team was in a mess. They were a team still reeling on the back of coach-captain issues and defeat to the West Indies. Not a productive environment to be in. But somehow Strauss led them out of the darkness and into the light. From zeros to heroes. From ashes to, erm, Ashes.

2.  Form.  The general rule with captains, and certainly English captains, is that when you take over, your form dips. No matter how good Nasser Hussain and Michael Vaughan were as captains, they weren’t the same players. And to be fair neither is Strauss. Unlike messrs. Hussain and Vaughan though, Strauss has improved his game. He has been unstoppable in his pursuit of runs. Not just in Tests, but also in the ODI format. A format he supposedly couldn’t perform in. He has bucked the trend to spectacular effect.

3.  Team.  Not only did Andrew Strauss have to lead himself, he had to lead a team. That’s another ten people to motivate, stimulate and berate. The other contenders this year only had number one to look after. Button. Tweddle. Ennis. They had it easy. Andrew Strauss should probably win SPOTY multiple times over.

4.  ICC Muppetry.  For some bizarre reason Mitchell Johnson was named 2009 ICC Cricketer of the Year. Did the board not watch the Ashes? Johnson was owned by Strauss. How can someone who owns someone lose out to the person they own? It’s a bit like me beating my Mum to the 2009 Ironer of the Year. Just nonsense. SPOTY will go some way to make up for this. (Strauss losing out to Johnson I mean, not my Mum losing out to me. That never happened).

5.  Formula One Factor.  Jenson Button was great this year. I very much enjoyed watching him rule. However, he shouldn’t win. Lewis Hamilton won the F1 Championship last year and he was the SPOTY runner-up. It is only right that the same happens to Jenson. Next year Lewis and Jenson will almost certainly be in the same team. Whichever one wins the World Championship can be SPOTY 2010. Fair and simple.

7.  Personality.  The whole personality bit of SPOTY annoys me. You can be sure that, the day after SPOTY, people will be moaning about the fact that the winner doesn’t have a personality. Of course they bloody don’t. They are not supposed to. They spend every hour of every day focusing on being the best in their field. They don’t have time to have a personality. Interestingly though, Andrew Strauss has one. I know this because he calls people dude. Only people with personality call others dude.