Gluten is a protein found in grains such as wheat. It’s what makes dough elastic, allowing pizza chefs to show off and throw their bases around like Frisbees and bakers to make shapes into bread rolls. There’s a current health trend to go “Gluten-Free” as having a gluten intolerance can actually be harmful. Here are seven tips that may help you decide whether you should toss gluten out of your diet. 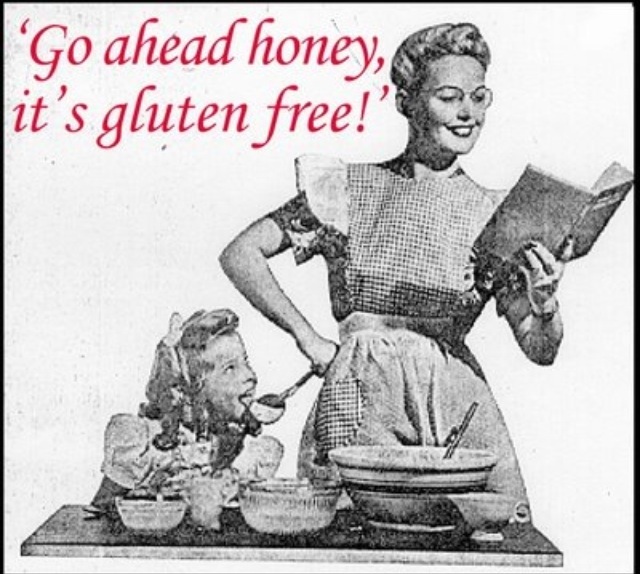 1.  Our bodies were never designed to eat wheat  . Human beings don’t actually fully digest wheat, which begs the question, is wheat for us? What we don’t digest produces gas, which leads to bloated and embarrassing situations – that gas has got to go somewhere…

2. Wheat is an allergen.  What is worse than being allergic to your nan’s cat or dog? Being allergic to wheat. It is one of the top ten allergies when it comes to health and millions of people are allergic to it, and many of them don’t know it. Look out for the signs (or smells) floating around the office post lunch bloomer sandwich.

3.  Wheat 1 Nutrition 0.   All the goodness of wheat is removed during the refining process. The nutritional value of processed wheat is virtually zero.

4.  I’m allergic and I (don’t) know it  . Whilst only 1 in 100 people have celiac disease (a intestine disorder that is worsened if sufferers eat gluten) it’s estimated that between 50% and 70% of the world’s population may have a sensitivity to gluten. This includes beer drinkers and pastry lovers.

5.  Inflammation information .  Wheat can cause cellular inflammation. It’s a pro-inflammatory agent that is converted to sugar, causing the body’s levels of insulin to rise. When insulin levels are high, the body will crave more of the same produce, like a mouse after cheese.

6.  I’m leaking!   Leaky Gut Syndrome is a condition where toxins and other harmful substances leak from your gut into your bloodstream. Gluten is a typical cause of this unwanted condition.

7.  Dem bones dem bones  . It’s been noticed that celiacs regularly suffer from bone and joint pain. In many cases a gluten-free diet helps alleviate pain from such issues.

If any of the above ring a bell with you, it might be worth you switching to a gluten-free diet. Eliminate the risk of that ‘strange noise’ coming from your gut, a sudden bolt to the loo during that important meeting or having to curl up on the sofa after a pizza (and that isn’t your hangover) by finding the best gluten free recipes online. In all cases, it’s probably best to gauge the opinion of your physician in the first instance.