Home » Posts » 7 Reasons To Keep Calm And Carry On

7 Reasons To Keep Calm And Carry On 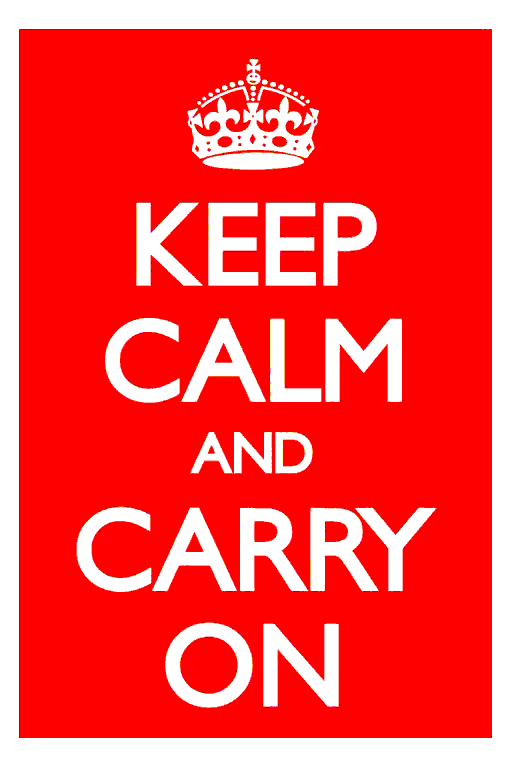 1.  Decorum. Because a hubbub or a brouhaha would be unseemly.

2.  Because You’re British. It’s what’s expected of you.  It’s what comes naturally.  Your reaction to an unforseen and potentially frightening event should be one of unflappable fortitude and apparent indifference.  No flapping.  Got that?

3.  Consequences. If you should flap then someone with a plummy voice will be forced to administer a swift slap and command you to “pull yourself together”.  That constitutes a scene.  No one wants a scene.

4.  Tradition. It’s what that formidable lady, Great Aunt Harriet, would have wanted.  She kept calm, probably in a winceyette nightgown.  I doubt there was much carrying on though.

6.  Because The French Do Neither. We keep calm and carry on.  The French do not: They je ne sais quoi. On bicycles, probably.