It’s Sunday again and, now that the World Cup has reached the semi-final stage, there’s no football today.  So, what better way to spend our time than thinking about football?  Not making predictions, obviously, our track record there is worse than…well…anything.  We predicted that England would beat Germany handsomely and yesterday, half of the 7 Reasons team confidently stated that the German defence would be no match for this man.

So, today we won’t be speculating on anything that might happen in the semis or the final.  We’re shying away from conjecture and sticking to observation.  Here are some World Cup doppelgangers that we’ve spotted during the tournament so far. 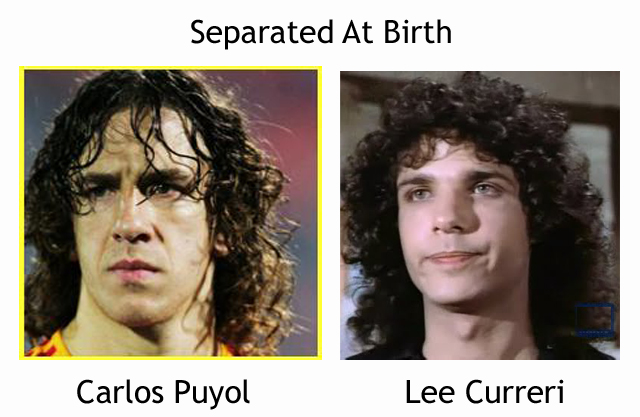 Do you look like anyone that’s played a part in World Cup 2010?  If so, get in touch and send us pictures, we might add you to this page.  Unless, of course, you look like Carlos Tevez.  We don’t want nightmares.