The Brylcreem Batting Challenge puts you in the shoes of Kevin Pietersen and tells you to smack the ball as far as you can. It sounds like fun. And it was. Until I started getting bored and noticed how much better it could be.

1.  The Ball. It’s bloody huge. It should break KP’s bat. Does it? Of course not. In fact it can be hit as far as a giant India-based jelly. As we shall see in a minute. 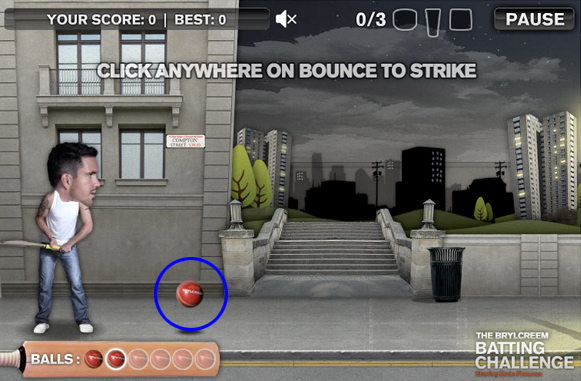 2.  KP’s Neck. He hasn’t got one. I have seen Kevin Pietersen in the flesh. And there was quite a sizable neck on show. So where the hell has it gone? If they wanted a cricketer without a neck they should have called Gladstone Small. 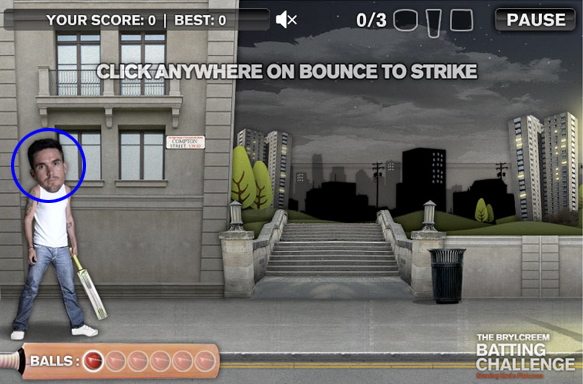 3.  Barbados. According to Brylcreem this is Barbados. Not only is it very small it would appear that a three toed giant is buried under the beach. 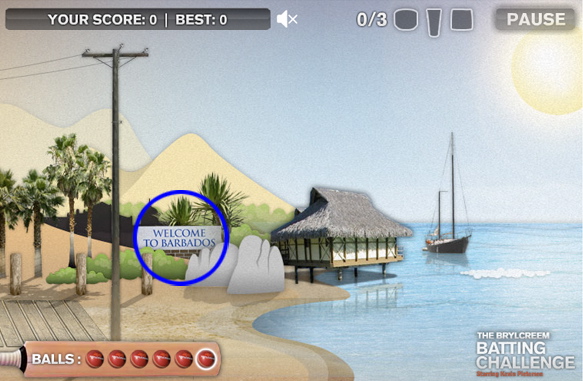 4.  The Giant Lizard. This lizard is just across the sea from Barbados – on a beach in St. Vincent and the Grenadines by my calculations. That’s some 100 miles away. That scale makes this lizard approximately 65 miles long. Thank goodness my shot landed in the water. I would hate to have riled it. 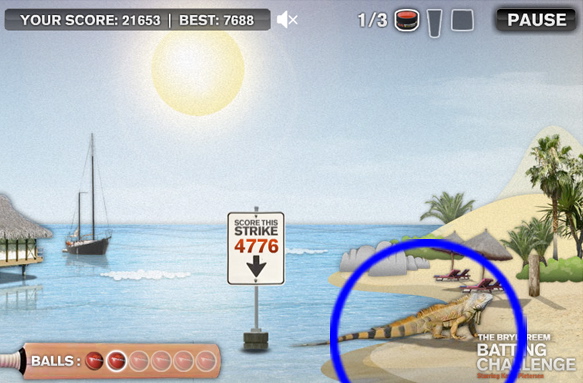 5.  India. At least I assume this is India. That is where I thought the Taj Mahal was situated. It’s quite hard to tell though when you have the Sydney Opera House and a giant jelly in the background. 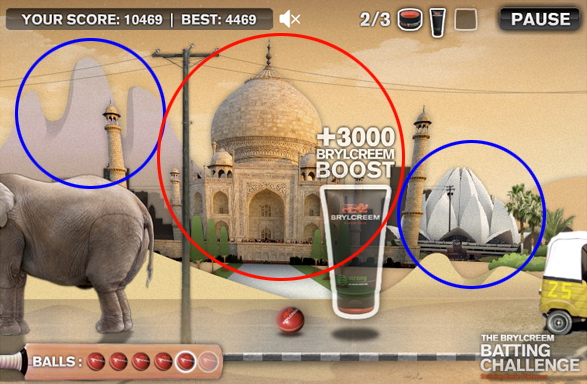 6.  New York. We started in England, then we went to the West Indies, then India, then Australia. I can understand that. Proper cricket nations in a proper cricket game. So why the hell have I just ended up in the Big Apple? Where is South Africa or Sri Lanka or New Zealand? 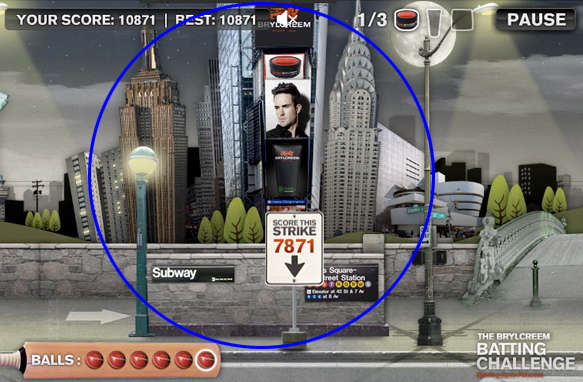 7.  The Brylcreem Zone. It is not so much the fact that I ended up in the Brylcreem Zone that frustrates me – this is the objective of the game – it’s what I get for arriving here. My style is upgraded and I get a bonus 2000 points. Is that it? I have just twatted a ball from London to the Brylcreem Zone and all I get is a style upgrade and 2000 meaningless bonus points? Where the hell is my 10% discount code? Why is KP not nodding his appreciation? Has his big head fallen off? What a waste of bloody time. 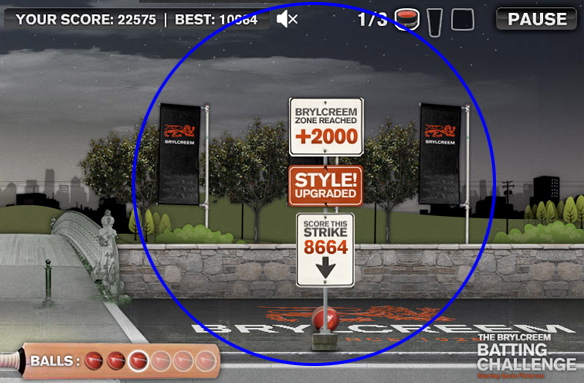