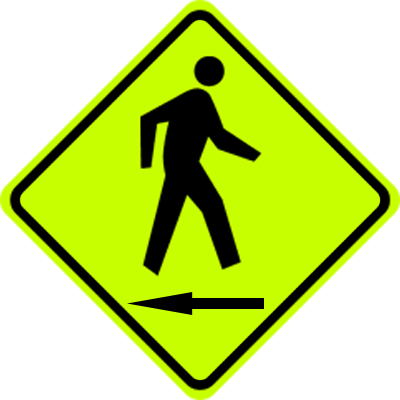 2.  Improved Moves On The Floor Of Dance. The only reason people don’t like dancing is because they are too self-conscious. And they are self-conscious because they are rubbish. So rubbish that they make Rick Astley look like Wayne Sleep. I am one of these people. I do make Astley look like Sleep. Sorry about that. However, I have always thought that – if push came to shove – I’d be able to do that walking backwards move Michael Jackson did. Or the moonwalk as he labelled it. Turns out I can’t. With lots of walking backwards I can only improve though.

3.  Improved Chances Of Burning That Fat. Let’s be honest, if you can’t see where you are going you are more likely to walk off in the wrong direction. More walking = less fat.

4.  Improved Chances Of Getting To Your Destination Without Moaning. The problem with walking forwards is that you can see your destination. This is usually bloody miles away. Even if it’s the local pub. You can never get there quick enough. It saps all motivation and you are in a bad mood for the rest of the walk. Spin on your heels and walk backwards though and suddenly there is no reason to get in a bad mood. Instead you can concentrate on the local plant life. Or chavs as they are more commonly known.

5.  Improved Chances Of Rekindling Your Youth By Playing Bumper Cars* Again. If you walk backwards you will be able to see those who want to try and overtake you. Folding your arms and jinking from side-to-side on the pavement may just convince your nemesis to do the same. Suddenly you are embroiled in the best game of Bumper Cars ever. Even better than when you drove so hard into Ben Watford that he flew backwards and fell over the wall.**

6.  Improved Facial Expression Comprehension. I like holding hands (probably because the BBC told me I’m a male lesbian). Generally this is the hand of someone else as opposed to my own. To be precise it’s the hand of the real genius behind most of my posts. (No, not Marc’s). The real genius occasionally lends her hand to me if I’ve been good. The problem is that holding someone else’s hand involves walking side-by-side. This is not the most practical position in which to hold a conversation. Unless you both turn to face each other you can’t see their expressions or indeed where they are looking. As a result she can’t tell if he’s being sarcastic and he can’t tell if she’s talking to him or that horse again. If he walks backwards then they can look at each other. And live happily ever after. Or until she pushes him into the road. Whichever comes first really.

7.  Improved Chances Of Reducing Carbon Monoxide. Walking over a zebra crossing backwards  – and then spinning on your heels halfway before heading back in the same direction – has to be the quickest way to cause road rage. And thus the removal of licenses.**

*I’m not actually sure how well known Bumper Cars is. Basically, all you do is run around the playground with your arms folded and…erm…bump into people. I don’t do this anymore. I have been banned from the playground.