Guest Post: 7 Reasons Musical Chairs Is Not Just For Birthdays

Joining us on the 7 Reasons sofa this week is a packet of biscuits. Unfortunately, a packet of biscuits is incapable of writing a 7 Reasons post. Even when they are ginger nuts. As a result, I – that’s me – have been dragged into the office on a Saturday to entertain you. It better be bloody worth it. Show me you love me. Thumb me up. 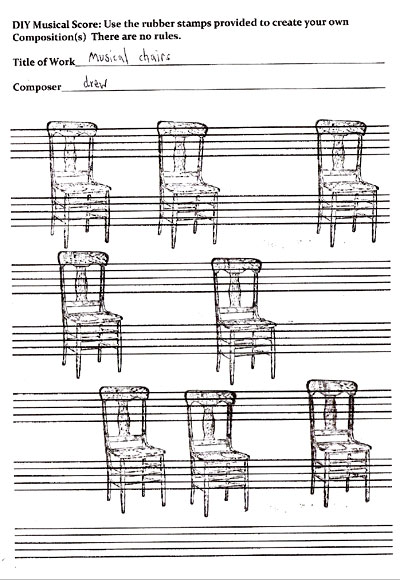 1.  Speed Dating. There are so many reasons to introduce musical chairs to speed dating. Seven in fact. That is the correct number. It lets you see who is the fastest, the fittest and the least sweaty potential date. You can see who wants you more. They will go for the chair opposite you everytime. You can see who has a shocking taste in music. That’ll be the guy who skips a bit when Madonna’s ‘Material Girl’ comes on. Actually that’s two birds with one stone. You can also spot the best movers. And finally of course, you can see who can handle their drink the best. Literally I mean. The last thing you want is to bring someone back to yours who so readily spills red wine.

2.  Getting Tables In Popular Restaurants. Now I’m quite good at getting tables in restaurants that are apparently always full. It’s not because I am well known, it’s because I book about five years ahead. I don’t see why so-called ‘celebrities’ should be able to just turn up and get a table though. What have they ever done apart from sell copies of Heat? Musical chairs gives power back to the people. They would beat a celebrity to a chair anyday. Okay, so they won’t be able to pay the bill, but that’s why you play musical chairs again at the end of the meal. Richard Bacon can pay it.

3.  A Seat On The Bus/Train/Tube. It always annoys me when people don’t offer their seat to the elderly or those who look like they might be about to keel over. I’m not saying I’m perfect, there has been the odd time when I’ve made a pregnant woman have her contractions standing up, but in general I do offer up my seat. But I don’t see why it should always be me. I have as much right to sit down as the plank with his jeans round his knees. I couldn’t give a damn if he says he has to sit down otherwise they’ll be around his ankles. He should invest in a sodding belt. Or better still remain as he is.  We play musical chairs; he’ll trip over; I get a seat. Result.

4.  The Prime Minister. I don’t know about you, but whenever I watch PMQs it always annoys me that Gordon Brown never answers the bloody question. And the same applies to Tony Blair and John Major and everyone else who has had that seat. It’s about time we found out if anyone in the House of Commons can actually give a straight answer. A game of musical chairs is the most obvious way of finding out. (We’ll go clockwise. That means Harriet Harman is our last resort).*

6.  My Lounge. In fact this applies to every lounge, dining room, kitchen, conservatory and reception room I have ever had the pleasure of living in. I always end up with ‘my’ chair. It’s not ‘my’ chair per se – apart from in this house because actually all the chairs are mine – it’s just the chair I have a habit of sitting in all the time. It’s not good for the cushions. They need another person to sit differently on them. I suppose I could just say, ‘Let’s swap seats’ but I live with a girl and she’ll probably just think I am accusing her of being fat, heavy lump. Which she’s not.

7.  The 7 Reasons Sofa. Like me, I bet you have always wondered what would happen if I Marc and I swapped positions on the 7 Reasons sofa. The answer is probably nothing exciting – though I would be tempted to uncross my legs. My foot has gone to sleep. That would actually be a very humorous reason to play musical chairs with the 7 Reasons sofa. I would probably walk around the sofa like Kevin Spacey in The Usual Suspects and Marc would amble around like the BFG. Now I have said that, perhaps we’ll just stay as we are.

*7 Reasons has no allegiances to one party or another. I do, but 7 Reasons doesn’t.