At 7 Reasons, we’re quite into war and propaganda, and recently, we’ve been putting together some bits and pieces that we’ve used propaganda posters in.  We’ve looked at an awful lot of them in the past couple of weeks, and we were astounded at the amount of brilliant posters that we’d never seen before.  We thought we’d show you some of the more obscure ones today.  We’re sure you’ll agree that each one of them is a reason to love propaganda posters. 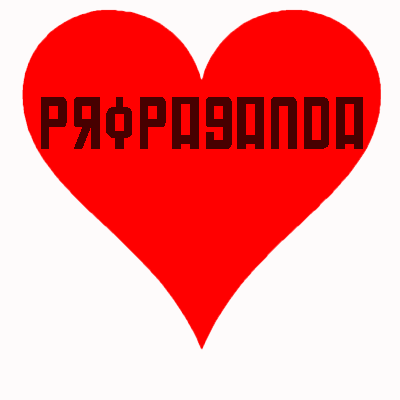 1.  Tell Her Nothing (1940).  Produced quite early into World War II, this extremely rare British poster proved so popular that as soon as the posters were put up, they would disappear – presumably stolen by amorous servicemen.  This woman was a more popular pin-up than Vera Lynn in the early war years.  We would tell her everything.  And give her the blueprints (whatever blueprints are).

2.  He Volunteered For Sperm Donation (c. 1945).  Used by the Americans after the end of World War II, this poster encouraged virile men to donate their little swimmers to the wives and partners of soldiers killed in action. It was believed that a baby boom would help the economy recover.

3.  Syphilis (c. 1944).  A poster used mainly in the Dorset area during the build-up to D-Day.  It was used to highlight the dangers of fraternising with the allies.

4.  Who Smells Of Fish? (c. 1916).  In World War I, rationing meant that some foods such as fish were only able to be eaten on Friday. Many citizens ignored this order though and ate their fish on a Thursday. This campaign was created to scare those who cheated by implying that if you ate fish early you would smell. 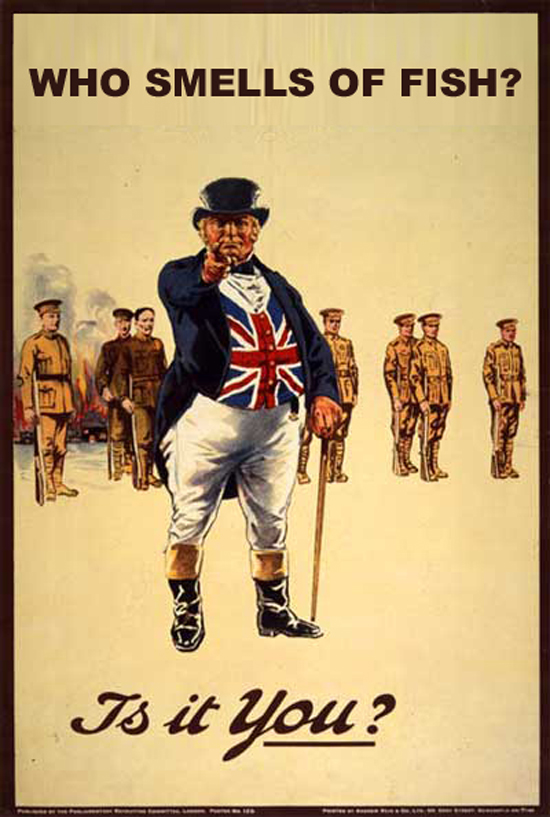 5.  For A Happy, Healthy Job…(c. 1940).  While the Battle of Britain was raging in the South-East of England, these posters were everywhere.  Women were encouraged to organise themselves and head out into the countryside to search for German airmen that had been shot down and gone into hiding.

6.  Women Of Britain. Direct Our Planes! (c. 1943).  Due to the sun, it was hard for Allied pilots to focus on incoming German Bombers and Messerschmitts. The British devised a simple solution. They asked women to go out into the streets and point in the direction of the bastards. Our brave boys were able to look down and follow the direction of where the women were pointing. This simple but effective solution proved vital in winning the Battle of Britain.

7.  Tell No One (1939).  In the early days of WWII, during the phoney war, it was easy to become overwhelmed by the media’s portrayal of the enemy.  This poster was issued by the Ministry of Health, to instruct British men on how best to deal with any psychological issues resulting from the constant media bombardment of war-stories. 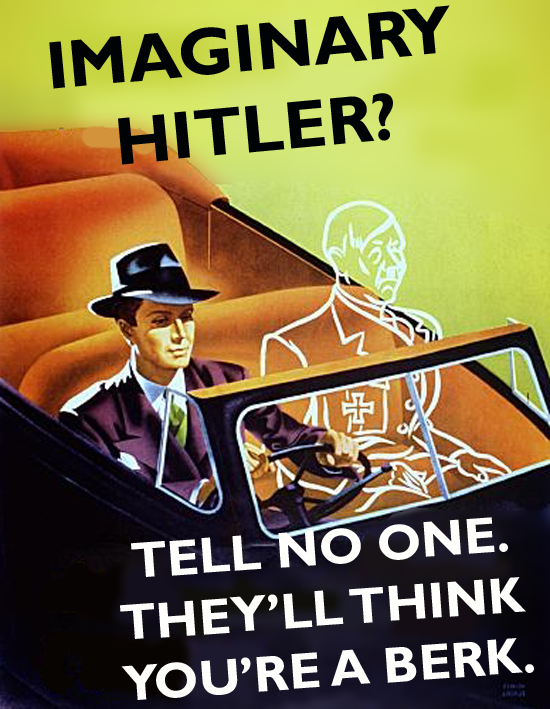 Due to the popularity of this post, we have made this series of propaganda posters available for sale in postcard form in the 7 Reasons Emporium.  There are also t-shirts.